The Polish success (since it joined the EU fifteen years ago), can be summarized in the four numbers of its 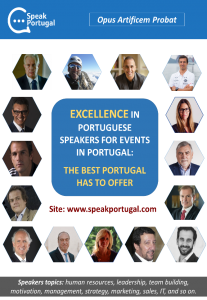 convergence towards the GDP per capita average of:

Here is the link for a booklet on the conference given by one of our speakers (Professor Sá), at the request of the Polish Embassy: https://www.slideshare.net/secret/xz3AaRseq87sYE

Excerpt of the booklet:

Regarding Portugal? In 2004 Polish income per capita was only 62%; today it is more than 92% of the Portuguese.

This makes of Poland an excellent example of success.

Which diagrams synthesize it? What are the causes? And why is it so important to disclose it?

The most appropriate way to evaluate Polish performance is to compare it with similar countries that have similar circumstances, since as Ortega y Gasset put it: I am myself and my circumstances.

That is, to compare Poland with the other European countries. And let’s do it by increasing level of demand.

First, comparing Poland with the other enlargement countries. Then with the EU-28 (which includes those and also the richest). Then (maximum degree of demand) with EU-15, the core of the richest countries. And finally with Portugal, considered by many to be a success story in Europe and thus bring the dimension of Polish success to our own experience. (link for the booklet: https://www.slideshare.net/secret/xz3AaRseq87sYE)

Conference by R. Pedreira at the IFTDO world conference on human resources