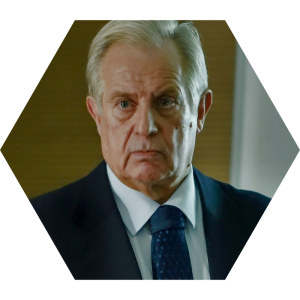 J. Sá is an expert on Peter Drucker and Philip Kotler, founders of modern management and modern marketing, respectively (with who he studied and who offered letters of recommendation and endorsements for his books) and Professor at the Swiss Business School in Zurich and ISG Business School.

J. Sá has a master’s degree from the Peter F. Drucker Graduate School of Management in California and a doctorate (PhD) in Business Administration, from Columbia University, in New York, where he was a student, research and teaching assistant. Also holds two undergraduate degrees (in business administration and economics) and a graduate degree in Macroeconomics.

Professor J. Sá founded the Institute for Economic Freedom, and his hobbies are History (wrote several books on the lessons of military campaigns for management) and football (degree as a professional coach). He speaks and writes (by alphabetical order) English, French, German, Portuguese and Spanish.

1. The two Nobel prizes on behavioral economics
The Nobel Prize in Economics awarded to Richard Thaler in 2017 (and previously to Daniel Kahneman in 2002) is now having a revolutionary impact on both economics and all areas of business administration (management, marketing, etc.): just as an example just in the areas of pricing and negotiation/sales/communication, behavioral economics created 30 and 52 new techniques, respectively.

2. Practical Drucker: how to create battle-ready organizations
The four basic questions modern organizations must periodically answer: 1) If we were to decide now, would we still enter into the businesses we are in today?; 2) How to manage clients? The five fundamental issues of Peter Drucker and how to collect non expensive data; 3) What is our business and what should it be?; 4) Given that my back office is someone else’s front office, how will I take advantage of that?

3. How to manage clients: the five fundamental questions of Peter Drucker and how to collect non expensive data
1) Who is the client and the non client?; 2) Where is the client?; 3) What is value and non value for the client?; 4) Which other client’s needs can we satisfy?; 5) How can we use our resources to satisfy other clients/needs?

4. Staffing based on Shakespeare (Henry V) and Peter Drucker
Forget weaknesses, focus on strengths: why skills and the (right) temperament are more important than intellect and knowledge; focus on task performance, not team building

8. Internationalization key success factors: how Toyota conquered world markets
The alternative strategies of organizations in a single industry (6 strategies of attack, 8 of defense), the rules to follow when implementing each strategy and the 13 types of alliances.

9. Corporate strategy: How multibusiness organizations (multinationals) should go about defining their strategy
The 11 steps and how to create synergy.

10. Promotion
Philip Kotler and Maucher (President of Nestlé for 20 years) on promotion: the rules of both content and media plans.

11. The (non) competitiveness of the European Union regarding the USA: facts, causes and solutions
Comparison of the competitiveness of the European Union with the USA (e.g. EU-15 is below the USA: 33% in GDP per capita; 22% in productivity per employee; and 13% in productivity per hour; and the gap has been widening since the beginning of the 80s).

14. The power of economic freedom: how to increase a country’s productivity

15. Entrepreneurship: How to innovate – my company is my first job
How to make a solid plan to succeed in creating a company: both on what to do (the steps to be followed) and how to do it (the techniques to implement each step). The entrepreneurial spirit is not a personality trait, but a behavior.

16. Nothing changes: Drucker’s questions to create competitive organizations are eternal
Drucker’s questions: 1) Planned abandonment: If we were to decide now, would we still enter into the businesses we are in today? And if not, what are we going to do about that?; 2) Who is our client?; 3) Who is the non client?; 4) What is value for our client?; 5) What is non value for our client?
Link for the TED USA conference on this topic: https://youtu.be/SOkjPVi1Fts

The conferences can be given in the following languages: English, French, Spanish and Portuguese.

HIRE J. SÁ FOR YOUR EVENT: